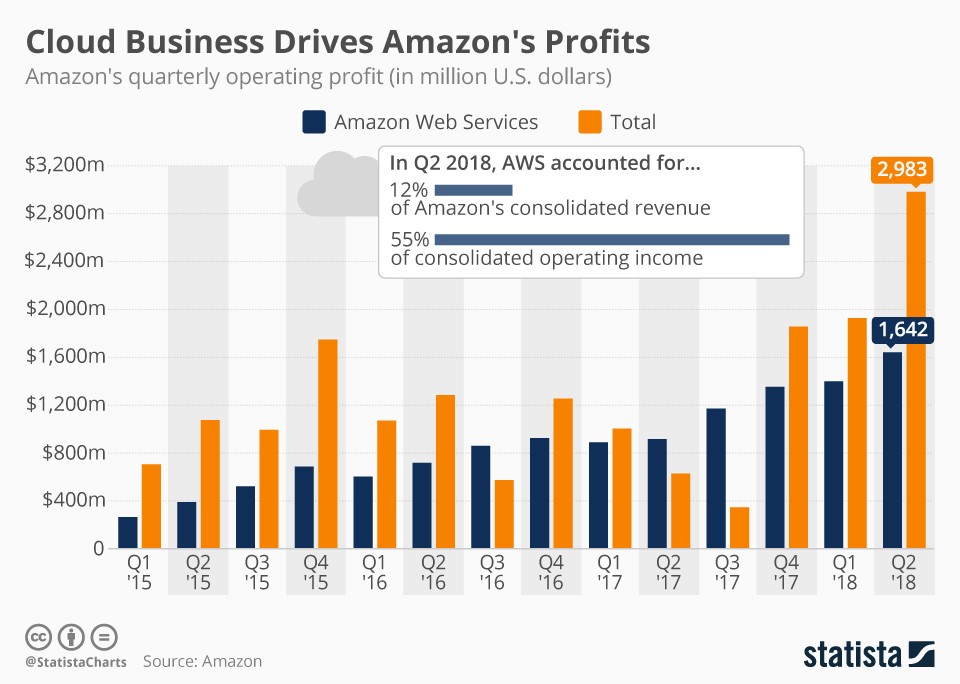 You might not know it but almost every business relies on SaaS (Software as a Service) to operate. According to Business Wire, the SaaS market is expected to grow at an annual rate of 21.2%. 2018 was a milestone year for SaaS as it saw a couple of SaaS companies go public. The cloud market drives the overall SaaS market because the cloud makes SaaS a reality. That is why this article includes cloud market statistics as well as SaaS statistics.

Recently, Gartner forecasted a 17.3 % growth in the cloud market. Cloud system infrastructure services (the fastest growing segment of Infrastructure as a Service) is expected to grow by 27.6% in 2019. With this in mind, it is surprising to find that Amazon is not primarily an e-commerce platform anymore. Amazon has shifted its focus in recent years to its B2B service called Amazon Web Services (AWS). The total revenue contribution of AWS in the companies balance sheet amounted to $6.1 billion in 2018.

While AWS has a 41.5% market share in the public cloud, competitor, Microsoft Azure, is catching up. In their latest earnings report, Microsoft reported that Azure grew at 89% over the 2018 year. This is a growth rate almost double that of AWS.

The shift from On-Prem

Microsoft Azure currently shares 29.4 % of the market whilst Google has a minor 3%. Other players such as IBM and Rackspace make up the remaining 25% of the market.

Despite Azure’s growth, Amazon is still the preferred cloud platform with 80% of enterprises that are running or experimenting with AWS preferring it. Both Microsoft and Amazon had increased adoption rates, proving that enterprises and businesses are gradually shifting their data to the cloud. Possibly due to CIO’s and business leaders understanding the transformational aspect cloud computing has on their business.

Some examples of enterprises moving to the cloud include:

The biggest growth in SaaS yet

Microsoft leads the SaaS market with a 17% market share and an annual growth of 45%. The total enterprise SaaS market is presently generating $20 billion in quarterly revenue.

According to Synergy Research Group, Salesforce has majority market share when it comes to CRM. However, the CRM segment is growling relatively slowly in comparison to other segments. 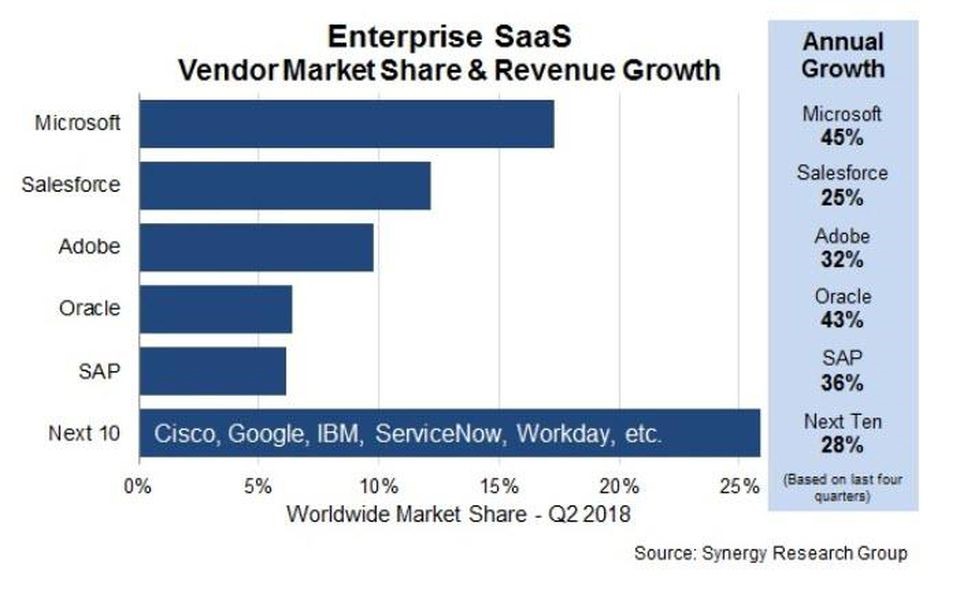 If we look at SaaS based on industry verticals, majority of cloud adoption lives in the financial services industry with an adoption rate 19%, this is commendable when compared to other verticals such as insurance and healthcare. However, enterprise cloud adoption remains low at 20%. 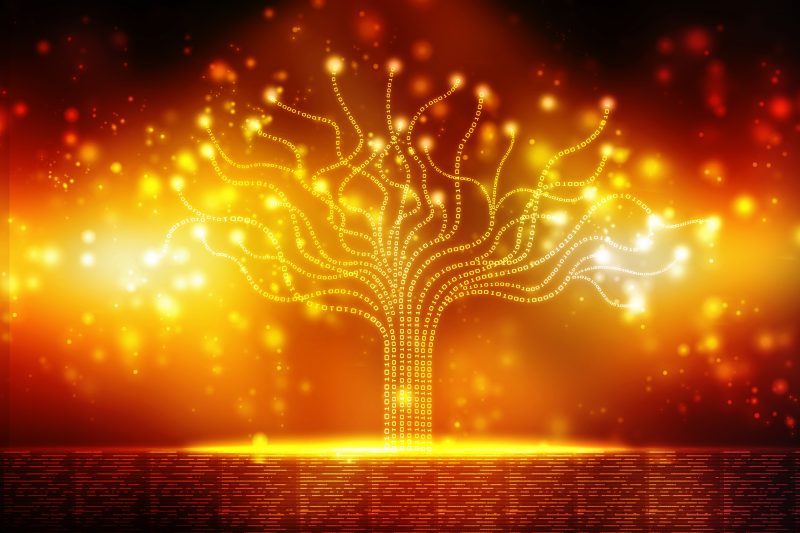